Action at last to prevent more deaths at blackspot 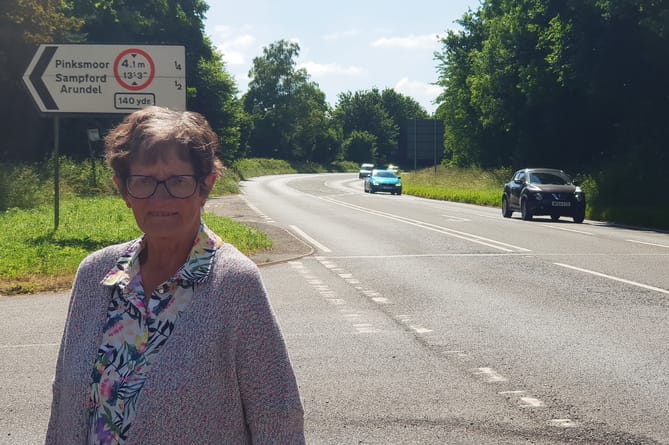 Subscribe to our email and get updates right in your inbox.

SOMERSET County Council and the police are finally going to take action after years of protest about an accident blackspot which has claimed nine lives over the past 20 years.

A notorious stretch of road along the A38 near the Beambridge Inn has also seen dozens of accidents and is regarded as one of the most dangerous in the country.

But the authorities have not taken action until now, despite a petition which gained more than 1,300 signatures after a fatal accident in 2020. At the time the petition was sent to the county councillor responsible for highways but the organisers, Craig Holmes and his wife Karen, who run the Beambridge, did not even receive a reply.

Now Sampford Arundel Parish Council, which has been pushing for action for the past 20 years, have been told about traffic calming measures to reduce speed on this stretch of road.

Also in the news

The parish council, meeting on Tuesday, were told: “Police have decided against off-road parking bays to observe the traffic and are proposing average speed cameras instead at locations to be decided between themselves and Somerset County Council.

“Another phase of the scheme is to reduce the speed limit from just inside the Devon border to a point where the 40-mile limit starts at Oldway Road, Wellington. To enhance the scheme, extra signing and lining will be added with vegetation cleared where a Traffic Regulation Order has been issued with the intention of reducing the limit to 50mph.”

Wellington’s former mayor Janet Lloyd, who is also chair of the parish council, has first-hand knowledge of the blackspot because she lives right beside the A38.

She said she was “very pleased” at the move, after “years of lobbying” and hopes this will reduce the number of accidents.

Janet Lloyd said: “I’m very pleased that after years of lobbying the county council and the police regarding the road safety issues on the A38 at Whiteball Hill, the council have devised a traffic management scheme. Hopefully, this will reduce the number of accidents, many of them fatal, on this stretch of road.

“After yet another fatal accident in March 2021, Somerset Highways and the police undertook an examination of the issues regarding speeding on this road and we were informed that any alterations regarding road and traffic issues would take 12-18 months to be introduced.

“Were delighted to be informed this week that a Traffic Management System has been designed and the first phase will be implemented in September - to be followed by a second phase at the end of the year.

“The scheme is totally supported by Avon and Somerset Police and I thank them on behalf of all users of this road in their commitment to make the road safer for all and to reduce the unnecessary injuries and loss of life.”